I’m not sure if the excitement from the holidays has me buzzing or if the promise of a new beginning is most intriguing but this January 1st finds me with hope and inspiration!

Ushering in a new year usually calls for a pause in reflection and I don’t know a person out there who hasn’t considered their eating habits and changes they want to make in the coming year.

At the co-op, it’s my job to know food trends and I’ve been excitedly waiting for a Plant Based lifestyle to have it’s day…now that it’s arrived, I’m slightly horrified.

But, what I got was Caulipower crust and the Impossible Burger.

All of this got me thinking about Michael Pollan’s book, In Defense of Food. Have you read it?

I caught the documentary on Netflix and LOVED his philosophy…”Eat Food, Not too Much, Mostly Plants.” 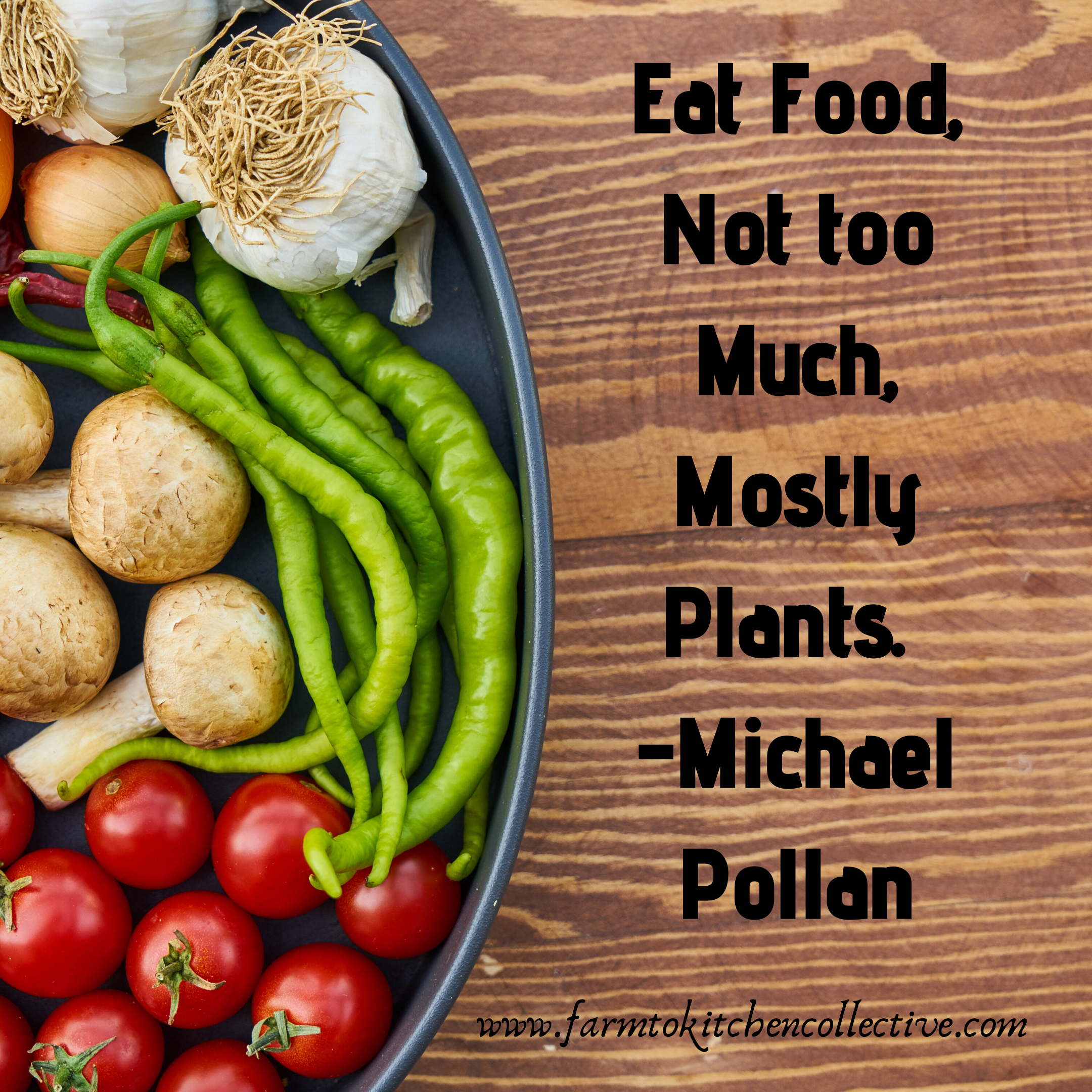 Don’t get me wrong…I’m not knocking anyone who enjoys convenience foods….Life is so busy and sometimes the path of least resistance is just going to win.

With so much confusing information out there, Michael Pollan’s mantra simplifies the complexity of the food debate for me and I hope it inspires you!

According to Wikipedia, the definition of  “food is any substance consumed to provide nutritional support for an organism. Food is usually of plant or animal origin, and contains essential nutrients, such as carbohydrates, fats, proteins , vitamins or minerals.”
Nutritional support…essential nutrients. Those aren’t even concepts that are clear any longer. Food marketing companies get paid millions of dollars to manipulate the consumer into buying one product over another.
The further a food is removed from it’s roots, the least healthful it becomes. Therefore, food in its whole form is best. Look for food that comes directly from the earth. Before it has been pickled or processed  into oblivion. Read the ingredients. The fewer the ingredients, the better.

I am THE WORST with my portions. I always just made my plate and moved along.

When shopping for the blog’s vintage blue signature plates, I realized the older plates are CONSIDERABLY smaller than the ones we use daily. SO…I’ve switched out the smaller plates and my portions shrank as well!

The smallest changes can lead to the greatest results.

Apparently Pollan received some heat from the vegetarian community on this one. However, the reality is that it’s not always possible for some people to go strictly plant-based and he acknowledges that.

Adopting a plant-forward mindset can go a long way toward adding more plants to your diet.

I often tell my customers to try to make the vegetable the star of the show. For example, when thinking about dinner, we often think of the protein first. “I’ve got chicken…what an I make??” Instead, ask yourself “I’ve got a head of Cauliflower in the fridge…what can I make???”

My daily goal is two-fold. First, I try to eat as many different varieties of fruits and vegetables as possible. My goal is 10. I’m so busy trying to hit my intake goal that meat becomes an afterthought. Second, I try to only eat meat for dinner. This ensures I’ll have 2 full meals  of nothing but plants helping me to hit my goals. 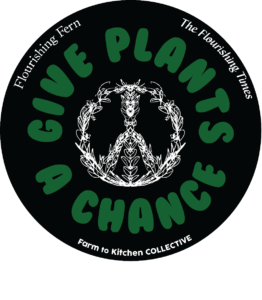 It may sound cheeky, or, overly simple but starting the year with a healthy mindset toward food is important to our emotional well-being.

In 2020, I’ve decided my body deserves better. I know I feel better when I’m (mostly) powered by plants!

I think we all deserve to feel a little better…What do you think? Are you interested in eating more ‘Plant Forward’ but don’t know where to begin?